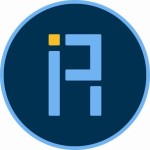 Many significant societal events are preceded and/or followed by population-level changes in communication, consumption, and movement. Some of these changes may be indirectly observable from publicly available data, such as web search queries, blogs, micro-blogs, internet traffic, financial markets, traffic webcams, Wikipedia edits, and many others. Published research has found that some of these data sources are individually useful in the early detection of events such as disease outbreaks. But few methods have been developed for anticipating or detecting unexpected events by fusing publicly available data of multiple types from multiple sources.

Required technical innovations include: development of methods that leverage population behavior change in anticipation of, and in response to, events of interest; processing of publicly available data that reflect those population behavior changes; development of data extraction techniques that focus on volume, rather than depth, by identifying shallow features of data that correlate with events; development of multivariate time series models robust to non-stationary, noisy data to reveal patterns that precede events; and innovative use of statistical methods to fuse combinations of time series for generating probabilistic warnings of events. If successful, OSI methods will “beat the news” by fusing early indicators of events from multiple publicly available data sources and types.