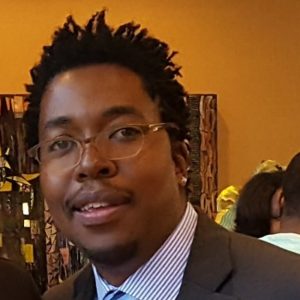 Moeti Masiane’s initial interest in analyzing data grew even stronger when earning a bachelor’s degree in computer science from the University of the District of Columbia and then a master’s degree from Norfolk State University.

As he began to consider going on to a Ph.D. program in the same field, he was drawn to Virginia Tech and the Discovery Analytics Center. “The expert DAC faculty really made me want to be part of the team,” said Masiane, who is advised by Chris North.

He has been at DAC since 2016, where, he said, “I  am surrounded by talented faculty and students who are always willing to suggest new ways of solving data analysis-related challenges.”

On March 28, he will present “Towards Insight Driven Sampling in Big Data Descriptive Analytics” at the UrbComp Seminar Series to discuss his work.

His research uses a descriptive data analysis task performed by a class of more than 200 students to investigate and model the impact of sampling on insight, perception, visualization, and sampling errors.

“The ultimate goal is to increase the speed of big data visualization while helping system users make informed decisions on how to achieve this speedup,” Masiane said.

Two papers with his advisor and other collaborators were published in Informatics Journal in 2016: “Interactive Graph Layout of a Million Nodes” and “AVIST: A GPU-Centric Design for Visual Exploration of Large Multidimensional Datasets.”

Masiane, who is on schedule to graduate in May 2020, spent last summer working on his research and plans to do the same this year. His past experience includes working for Google and internships with Adobe and the Army Research Lab.