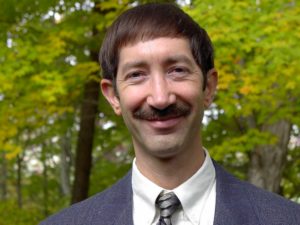 Marquis Who’s Who, the world’s premier publisher of biographical profiles, has presented Edward Fox with the Albert Nelson Marquis Lifetime Achievement Award, in recognition of outstanding contributions to his profession and the Marquis Who’s Who community.

In an announcement, the organization said, “An accomplished listee, Dr. Fox celebrates many years’ experience in his professional network, and has been noted for achievements, leadership qualities, and the credentials and successes he has accrued in his field. As in all Marquis Who’s Who biographical volumes, individuals profiled are selected on the basis of current reference value. Factors such as position, noteworthy accomplishments, visibility, and prominence in a field are all taken into account during the selection process.”

Fox has been a professor in the Department of Computer Science since 1983 and is also a Discovery Analytics Center faculty member.

Since 1899, when A. N. Marquis printed the First Edition of Who’s Who in America, Marquis Who’s Who has chronicled the lives of the most accomplished individuals and innovators from every significant field of endeavor, including politics, business, medicine, law, education, art, religion and entertainment.